Get Your Free Online Reputation Audit

Fact #1: Baby Boomers are now your primary market
Fact #2: Winning a Baby Boomer call is much harder than ANY previous generation

Baby Boomers are skeptical by nature and do not like the same funeral experience that their parents had.
Yes, boomers are online and digital marketing is the best way to reach them. Unfortunately, the vast majority of digital marketing in the funeral industry is aimed at Gen X or Millennials and completely misses the baby boomer audience.
Our marketing, both digital and traditional, is specifically designed to help you connect with baby boomers in your area.

Win More Calls and Become the Leader in Your Market

Our marketing solutions are designed to...

We help you dominate Google and leverage social media to connect with boomers online and bring at-need, near-need, and pre-need families to your funeral home.

We have professionally written content that helps prices shoppers understand that the lowest price is not the best price. We customize this content to help promote your funeral home online.

Generate a Return on Investment

Many funeral home owners treat marketing as an expense and never expect or receive an ROI. Our services are guaranteed to attract new families and always produce a positive ROI.
Request a Free Local SEO Audit Click Here

We don't just care about marketing.

We care about you, your bottom line, and the long-term success of your funeral home business. 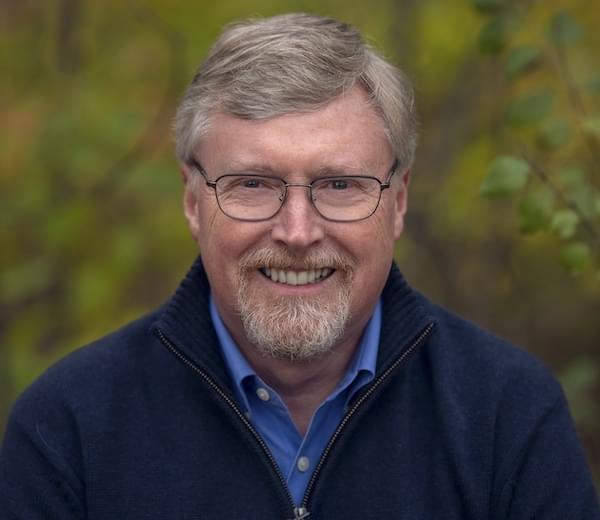 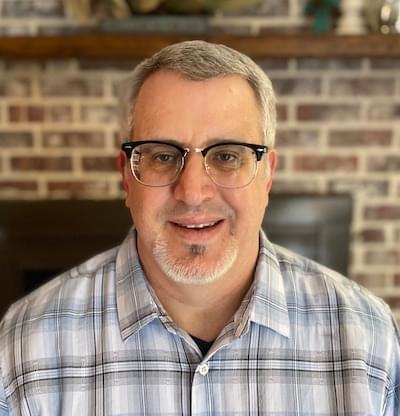 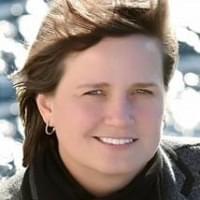 We will have a conversation to discuss your current marketing efforts and business challenges. Next, we will create a customized quote for the services you require. There's no obligation and you can decide if we're a good fit. Sound good?
You will find our contact information at the bottom of this page. Simply reach out to us and we'll prepare a custom quote for your funeral home business. 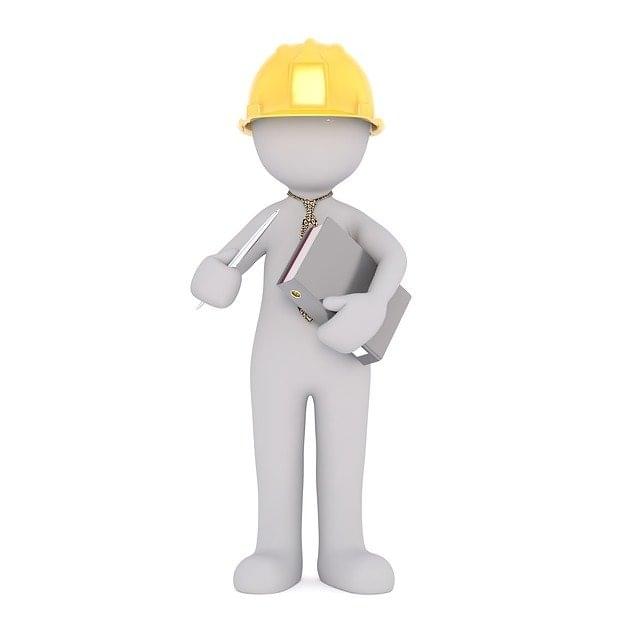 Once you have accepted out Quote and we have agreed upon project plan the real work can commence.

If our quote has included the use of our proprietary content, the first task will be to customize the content for your funeral home. Next, we will address all of the startup tasks such as access to your website, Google listing, Facebook, etc. 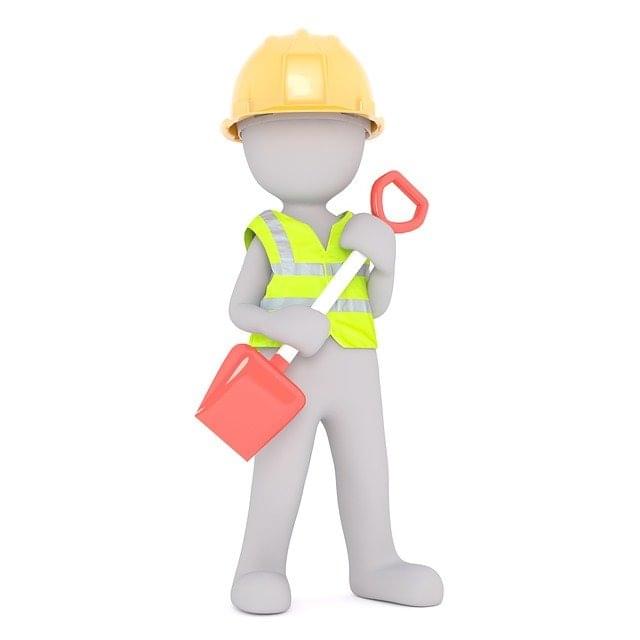 Once the start up tasks have been completed we shift into execution mode. Based on the scope of work outlined in the Quote, we will perform the task required to meet the objective (i.e., win new families!).
We will provide status updates on a regular basis as well as detailed reports so you can see exactly how our services are connecting you with more families in your community. 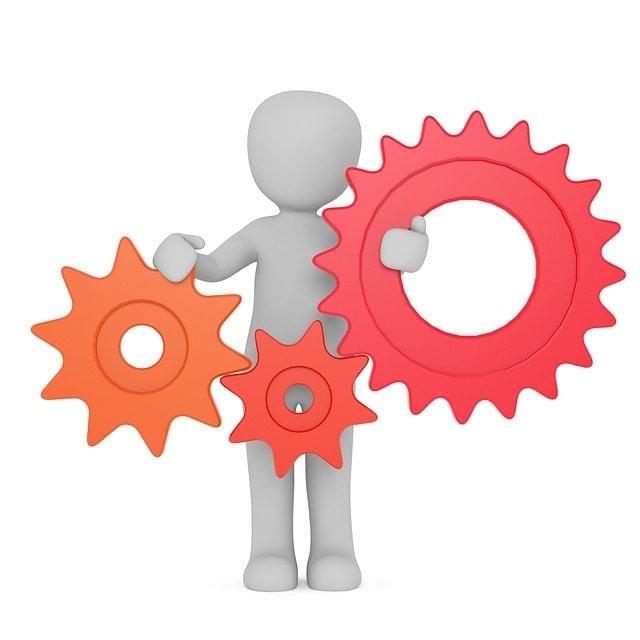 Our Most Popular Packages

When Baby Boomers were younger the key to winning more at need calls was to dominate the YellowPages. Today it's all about dominating Google. If families do not see your name when they search for "funeral homes near me", they won't call you even if you happen to be the best funeral home in town.
But dominating Google is not easy if you are in a competitive market. It takes a combination of Local SEO (Search Engine Optimization), Reputation Management, Google Business Profile ranking, and Google Advertising. That's why we have bundled all of those services into our new @Need Builder package.

Competing for at need calls is an important first step in growing your funeral home business. However it can often lead to feast or famine cycles that leave you desperately waiting for the phone to ring. The solution is to also focus on growing your preneed backlog. All of the corporate funeral homes focus on preneed and you should too!!
Our Business Builder package includes everything in the At-Need Builder plus a suite of services specifically designed to grow your preneed business as well. This package focuses on using Facebook and Google to generate leads. If you have a preneed sales person on your team, they'll love the constant flow of high quality leads for them to close.

Take Digital Domination to the next level with our Marketing Partnership Program.
Not only will we manage your digital marketing but we will also help you create your traditional marketing and advertising as well. You will also have a dedicated Project Manager to oversee all marketing tasks.
Brochures, handouts, mailers, TV & radio commercials, billboards, signage and anything else that you need to market your funeral business.

In the past few years we have created TV & radio commercials, billboards, print ads, direct mail postcards, brochures, and a whole lot more.
When it comes to traditional advertising, we've got you covered!

Some vendors offer a "set it and forget it" approach to social media. That stopped working in 2020!
We offer a fully managed social media program that produces bottom line results.

Our clients are tired of dealing with unresponsive website vendors.

We'll design and optimize your website and then manage your vendor to make sure it gets implemented the way you want.

Google is the new phone book. If you are not dominating Google you are missing out on calls.
Search Engine Optimization, Google Ads, Google Business Profile - we've got you covered!

The surest way to grow your business is to become the highest rated funeral home in town.
We have proprietary technology that will help you gain more 5-star reviews and outpace your competition.

In the digital world, email is still the ultimate marketing tool.
Whether you want a monthly newsletter or an email follow up sequence we can create and automate the entire process.

When you sign up for the our Business Builder package or above, we guarantee you will win more calls. Not every client will qualify for this guarantee but if you do you can rest easily knowing that your investment in our services is bringing new families to your funeral home. Contact us for the details of this guarantee.

"We recently signed up for their Business Builder package. We received a new call yesterday, 100% because of the online marketing. They chose our middle cremation package and were not from our market area." - Dave Perotto - Bartolomeo & Perotto, Rochester NY
"About a year ago we upgraded to their Marketing Partnership Program and the results have been excellent. Whether we need a billboard, TV commercial, or a digital campaign they turn things around very quickly and the quality is top-notch. I definitely recommend the team at Funeral Success Marketing!" - Keith Walker, Walker Funeral Homes, Toledo OH
“John, you have doubled our pure at-need calls. You’ve done a great job!” - David Shipper, Indiana Memorial Group, Evansville IN

There’s no question that digital marketing has exploded over the last decade.
But does that mean traditional marketing is dead? Not even close!
American companies still spend roughly $110 Billion on traditional advertising. They don’t do it out of habit or because they love to waste money. They do it because it works if you use it properly.
Digital agencies like to declare traditional marketing to be dead. To me, that’s a lot like this famous quote.
‘To a man with a hammer, everything looks like a nail’ – Abraham Maslow.
Don’t get me wrong; I am a big fan of digital marketing, and we use it every day for our clients. But in the last year, we have also created…
Television and radio commercials
Dozens of billboards and hundreds (if not thousands) of print ads
Direct mail campaigns
Brochures
Preneed presentations
Lots of signage
Custom wraps for hearses
and a whole bunch more
When you understand both digital and traditional marketing, you get a good sense of the strengths and weaknesses of each.
Even in today’s digital economy, traditional marketing offers some advantages over digital that are worth considering.
Here are my top three.
Advantage #1 – No Big Brother
Politicians love to rail against Big Tech and their power over society. You’ve probably seen the news stories of Big Tech CEOs being called to Washington to testify to congressional committees.
As much as I hate to agree with any politician…. they’re right. Big Tech has become Big Brother.
Google and Facebook are using Artificial Intelligence engines to screen every ad and post we place on behalf of our clients. If their AI engine doesn’t like the message, it’s rejected.
Just last week, we had a Google Business Profile post rejected. The stated reason was that the post contained words that some people might find offensive. We removed one word, submitted it again, and they accepted it. The word we removed was compassion.
Google’s AI engine decided that a funeral home posting about compassion might offend someone. How crazy is that?!?!
Last week, we finished a new TV commercial and submitted it to the local ABC affiliate. In this case, there was no AI engine making arbitrary decisions. As long as we pay the bill, the TV station will run whatever we want.
My point is that you have complete control of the message using traditional marketing because Big Tech Brother isn’t reviewing and filtering everything you say.
Advantage #2 – Doesn’t require any “super techs”
Digital marketing is not as complicated as most people think. For example, creating a Facebook or Google ad isn’t hard once you know the process.
But all of that changes when something goes wrong, and you’re sucked into the world of DNS configuration, email autoresponders, webhooks, and more. You’re suddenly in the realm of “super techs,” and you better hope they’re in a good mood today.
Traditional marketing is a lot easier. For example, the TV commercial we just finished for a client required a scriptwriter, a voice-over professional, a videographer to record some content, and a video editor. None of those tasks require hiring a “super tech.”
Advantage #3 – Matches the target market
The biggest benefit that traditional marketing offers a funeral home is that it matches your target market, Baby Boomers.
There’s no question that Gen X and Millenials are generally very comfortable with technology. But you can’t say the same about Baby Boomers.
A 2021 study found that only 36% of Baby Boomers are comfortable using new technology. That means that 64% are not comfortable!
For the next ten years, funeral homes need to attract and serve Baby Boomers. If the only tool you use to reach them is digital marketing, you will miss out on a big part of the target market.
The bottom line is that digital and traditional funeral home marketing are both powerful tools and can help grow your business if you use them properly.
Unfortunately, some digital marketing agencies say that the only way to increase your at-need call volume is to rank higher on Google. To me, this is a classic case of a man with a hammer thinking everything looks like a nail.
Until next time
John